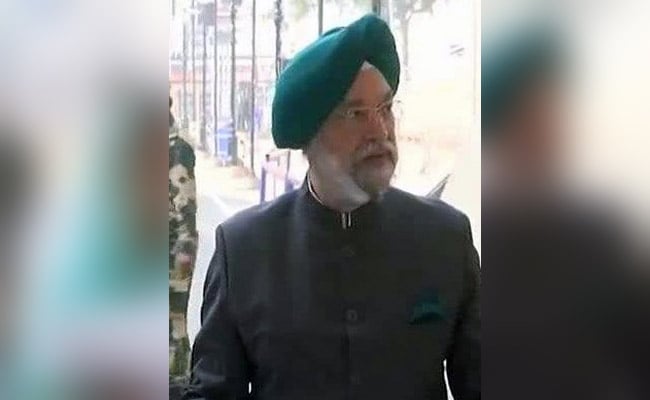 Amid dwindling hopes of Jet Airways' revival, Aviation Minister Hardeep Singh Puri on Friday exuded confidence that a solution would be found for the defunct carrier.

"(We are) very confident that we can solve the problems at the now defunct carrier," Mr Puri said on the sidelines of an event here.

The statement has come days after a section of Jet Airways staff claimed to have received assurance from the Minister for taking measures to resuscitate the carrier.

Running out of fuel, Jet Airways had on April 17 suspended its operations. Nearly 90 of its aircraft, out of 119, have already been de-registered with the lessors taking their possession.

Once a flagship carrier and a well-recognised brand globally, Jet Airways is now staring at complete shutdown in the absence of its shareholder Etihad or a new investor infusing fresh funds.

The employees of Jet Airways are hoping the government will help revive the carrier and has been meeting top functionaries, including Mr Puri, ever since the NDA government returned to power last month.

Mr Puri, a former diplomat, is the new Aviation Minister. In addition to aviation, he holds the portfolios of urban development as well as trade and commerce.

While he is Minster of State (independent charge) for both aviation and urban development, Mr Puri serves as junior to Piyush Goyal in the Commerce Ministry.